A Kingdom of Flesh and Fire Book Review 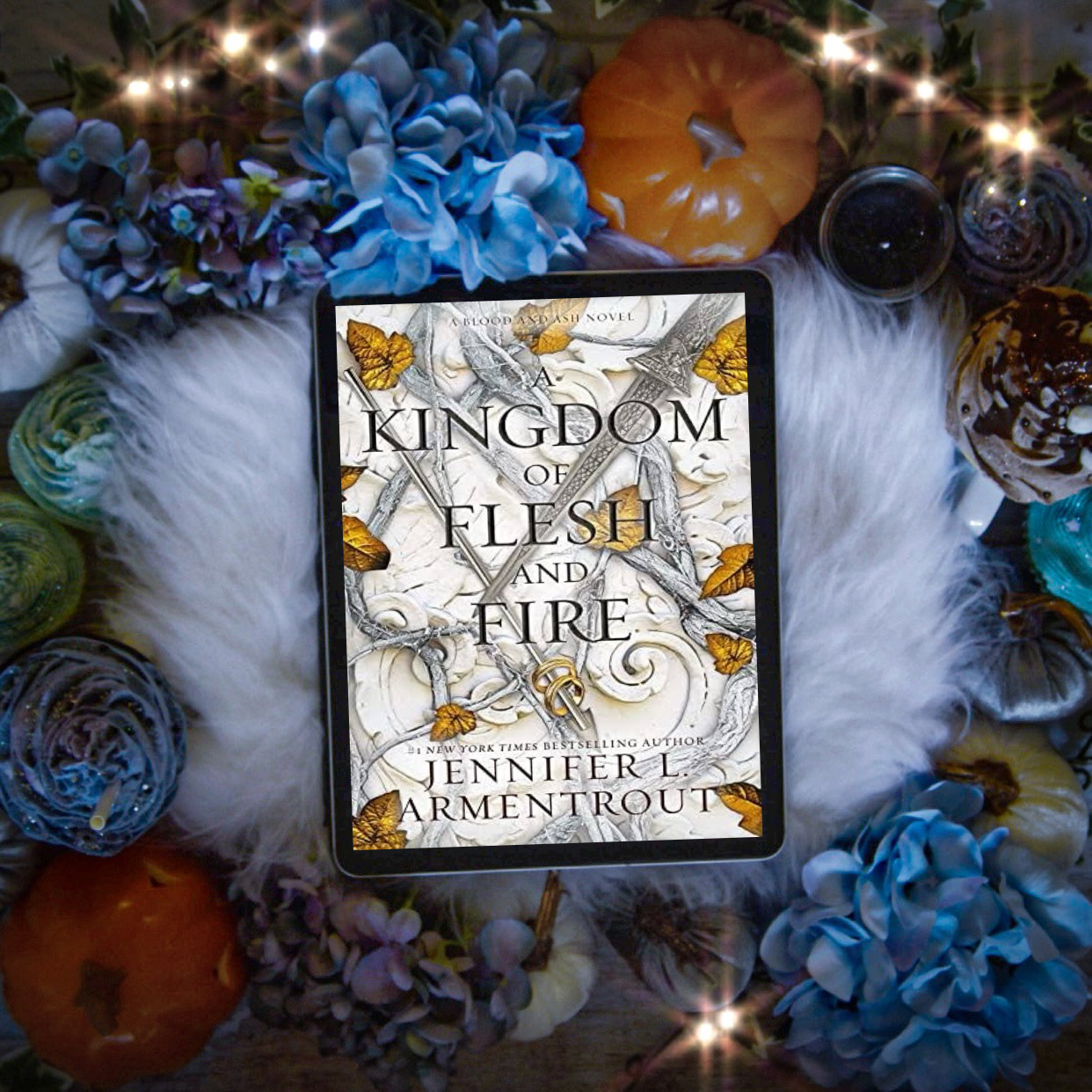 A Kingdom of Flesh and Fire is the second book in the Blood and Ash series by Jennifer L Armentrout.

Is Love Stronger Than Vengeance?

Everything Poppy has ever believed in is a lie, including the man she was falling in love with. Thrust among those who see her as a symbol of a monstrous kingdom, she barely knows who she is without the veil of the Maiden. But what she does know is that nothing is as dangerous to her as him. The Dark One. The Prince of Atlantia. He wants her to fight him, and that’s one order she’s more than happy to obey. He may have taken her, but he will never have her.

Casteel Da’Neer is known by many names and many faces. His lies are as seductive as his touch. His truths as sensual as his bite. Poppy knows better than to trust him. He needs her alive, healthy, and whole to achieve his goals. But he’s the only way for her to get what she wants-to find her brother Ian and see for herself if he has become a soulless Ascended. Working with Casteel instead of against him presents its own risks. He still tempts her with every breath, offering up all she’s ever wanted. Casteel has plans for her. Ones that could expose her to unimaginable pleasure and unfathomable pain. Plans that will force her to look beyond everything she thought she knew about herself-about him. Plans that could bind their lives together in unexpected ways that neither kingdom is prepared for. And she’s far too reckless, too hungry, to resist the temptation.

But unrest has grown in Atlantia as they await the return of their Prince. Whispers of war have become stronger, and Poppy is at the very heart of it all. The King wants to use her to send a message. The Descenters want her dead. The wolven are growing more unpredictable. And as her abilities to feel pain and emotion begin to grow and strengthen, the Atlantians start to fear her. Dark secrets are at play, ones steeped in the blood-drenched sins of two kingdoms that would do anything to keep the truth hidden. But when the earth begins to shake, and the skies start to bleed, it may already be too late.

Jennifer L Armentrout has continued the Blood and Ash series amazingly and it was fantastic to jump back into the story with Poppy and Casteel. From the beginning of the book I was hooked and couldn’t put it down with the action, world building and steaming romance.

I truely love the relationship between Poppy and Casteel. I love how Poppy accepts her feelings for Cas and doesn’t want to pretend in their marriage. It was also great to see Poppy come to terms that all she believed was a lie.

“I don’t want to pretend,” I whispered. “I’m Poppy and you’re Casteel, and this is real”

Casteel doesn’t change how he treats Poppy and truely cares for her, even loves her and just wants her safe and all to himself. Throughout the book we truely see another side of Casteel and even though he might have blood on his hands, he is gentle, intense and soft-hearted especially to Poppy.

“Your heart, Poppy? It is a gift I do not deserve.” He placed his hands on his knees as he lifted his gaze to mine. “But it is one I will protect until my dying breath.”

The interaction between Keiran and Poppy was fantastic and I truely loved seeing their friendship grow as well as the teasing that Keiran does with Poppy I truely enjoyed.

The introduction of new characters continued to build the world and I enjoyed travelling towards Atlantia as it added more depth to the new characters.

The ending has me wanting more and I can’t wait to read the next book in the series next year. I definitely recommend this book.