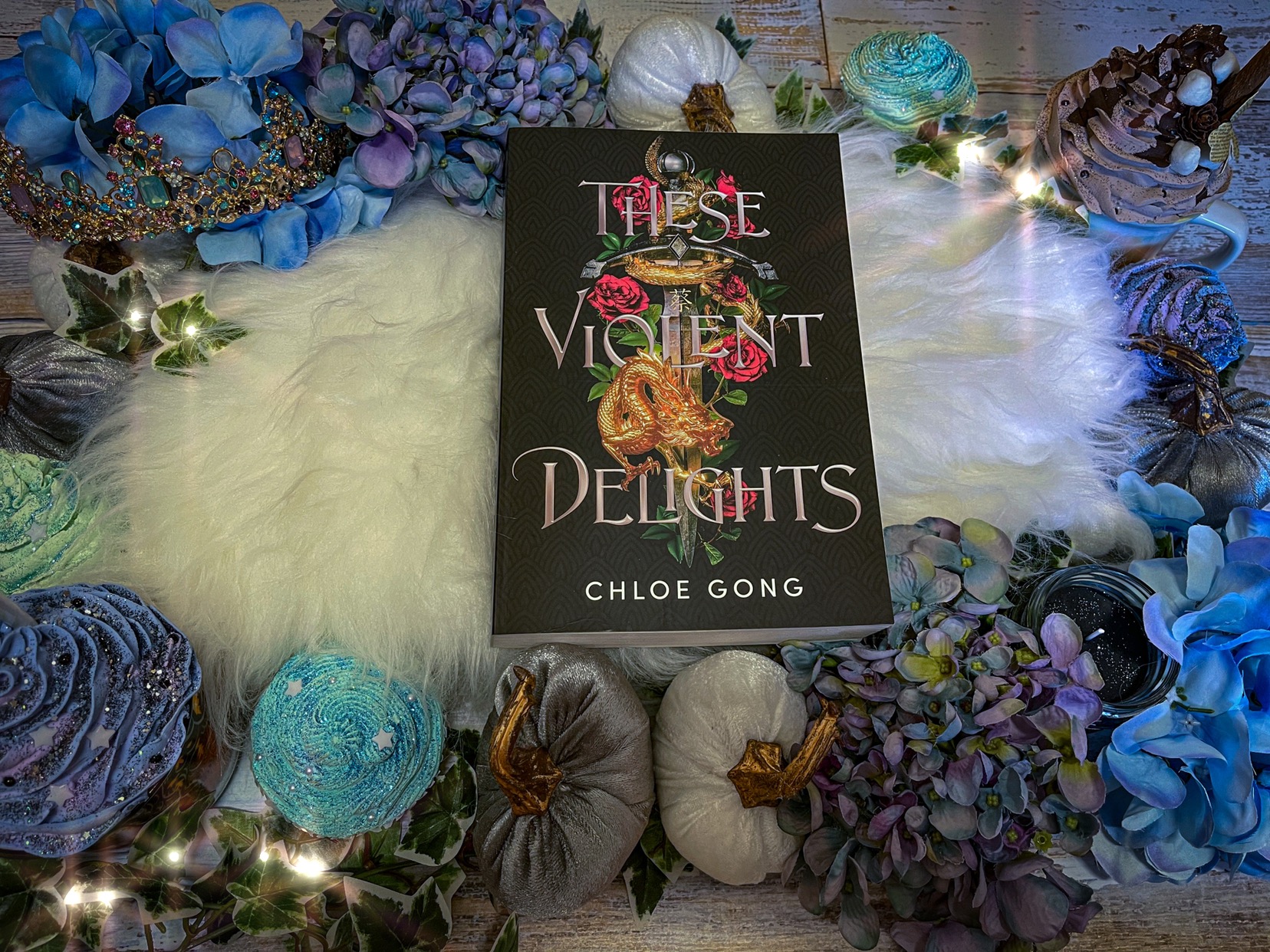 These Violent Delights by Chloe Gong is a Romeo and Juliet retelling and a debut novel.

The year is 1926, and Shanghai hums to the tune of debauchery.

A blood feud between two gangs runs the streets red, leaving the city helpless in the grip of chaos. At the heart of it all is eighteen-year-old Juliette Cai, a former flapper who has returned to assume her role as the proud heir of the Scarlet Gang—a network of criminals far above the law. Their only rivals in power are the White Flowers, who have fought the Scarlets for generations. And behind every move is their heir, Roma Montagov, Juliette’s first love…and first betrayal.

But when gangsters on both sides show signs of instability culminating in clawing their own throats out, the people start to whisper. Of a contagion, a madness. Of a monster in the shadows. As the deaths stack up, Juliette and Roma must set their guns—and grudges—aside and work together, for if they can’t stop this mayhem, then there will be no city left for either to rule.

It was a fantastic debut novel by Chloe Gong. It was great to read a story set in 1920 Shanghai with the story giving me West Side Story vibes with the rival gangs. Gong has done an amazing job describing the locations and characters as well as having a fast paced plot.

I enjoyed the relationship between Juliette and Roma as their relation ship blurred the line between love and hate as well as the roles they played in the plot. I loved the mysterious creature aspect and how the characters figure out what’s happening. The side characters were also amazing.

I’m looking forward to the next book!