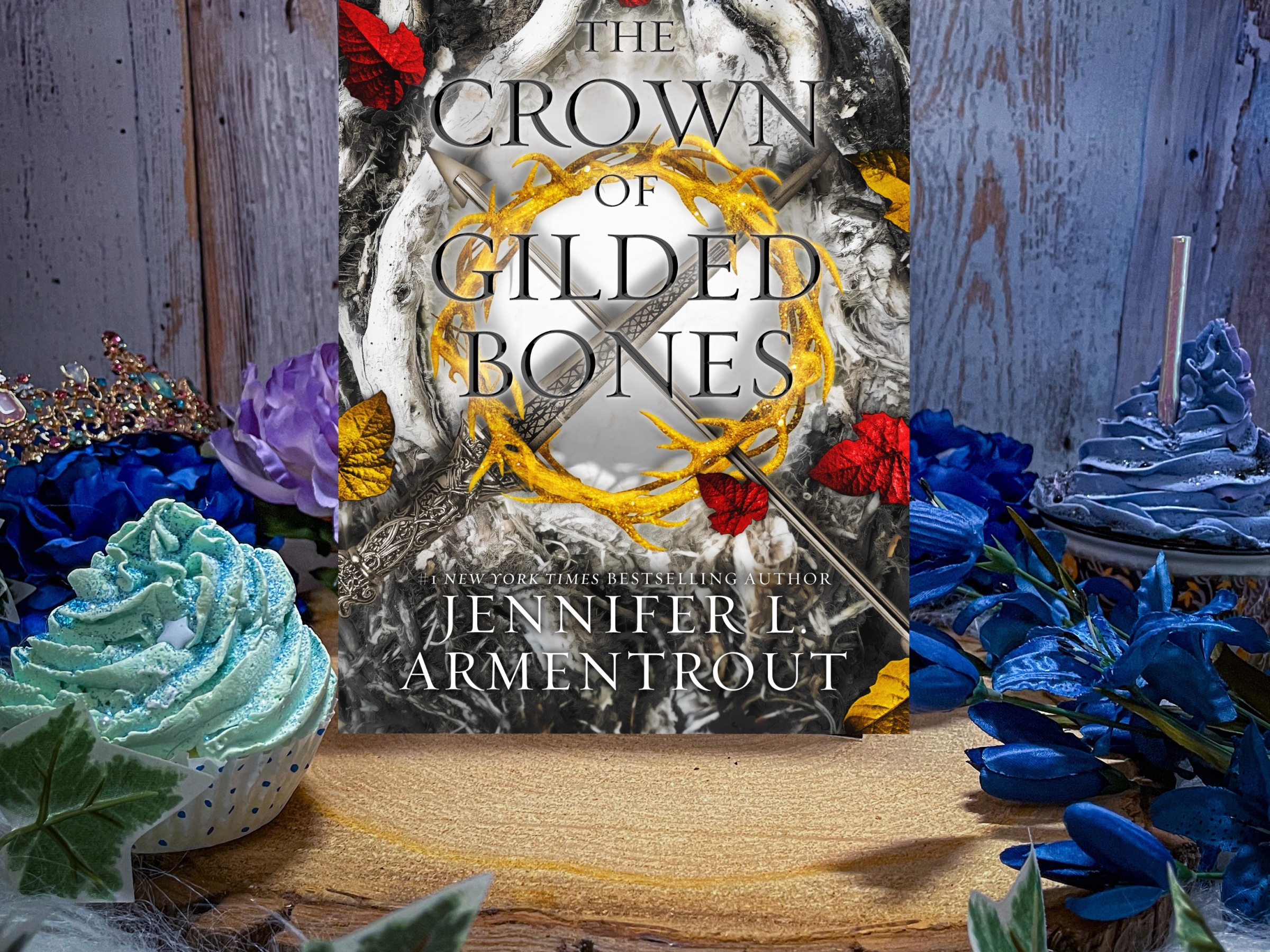 The Crown of Gilded Bones is the third book in the Blood and Ash series by Jennifer L. Armentrout. I want to thank Social Butterfly PR for the ARC.

She’s been the victim and the survivor…

Poppy never dreamed she would find the love she’s found with Prince Casteel. She wants to revel in her happiness but first they must free his brother and find hers. It’s a dangerous mission and one with far-reaching consequences neither dreamed of. Because Poppy is the Chosen, the Blessed. The true ruler of Atlantia. She carries the blood of the King of Gods within her. By right the crown and the kingdom are hers.

The enemy and the warrior…

Poppy has only ever wanted to control her own life, not the lives of others, but now she must choose to either forsake her birthright or seize the gilded crown and become the Queen of Flesh and Fire. But as the kingdoms’ dark sins and blood-drenched secrets finally unravel, a long-forgotten power rises to pose a genuine threat. And they will stop at nothing to ensure that the crown never sits upon Poppy’s head.

A lover and heartmate…

But the greatest threat to them and to Atlantia is what awaits in the far west, where the Queen of Blood and Ash has her own plans, ones she has waited hundreds of years to carry out. Poppy and Casteel must consider the impossible—travel to the Lands of the Gods and wake the King himself. And as shocking secrets and the harshest betrayals come to light, and enemies emerge to threaten everything Poppy and Casteel have fought for, they will discover just how far they are willing to go for their people—and each other.

And now she will become Queen…

The Crown of Gilded Bones has been one of my favourite reads this year and I know it will be in my top 10 of 2021 for sure. This book was absolutely amazing and I new I was going to enjoy if from the teasers shared in Jennifer’s Spoiler Group on Facebook. I was kept on my toes and the emotional rollercoaster was awesome and something I wasn’t ready for. Jennifer did an amazing job growing the world and answering some of the questions I have but have led to so many more.

I really enjoyed the friendships that were built upon in throughout the book. There were some many good one liners and funny interactions with so many different characters but I have to love Poppy’s interactions with Kieran and Cas.

Like the other books in the series, the action doesn’t let you down and it is full on in some moments. The revelations that are shared really a surprising. The ending has left me wanting the next book already and even then I know I will want the rest of the series immediately.

I definitely recommend this book to lovers of fantasy and romance. Jennifer L. Armentrout will have you wanting to be fighting right along with the characters and witnessing what happens between Poppy and Cas.

Jennifer L. Armentrout has a new series which is set in the world of Blood and Ash called Flesh and Fire. The new book A Shadow in the Ember is out later this year.

if you want to get your own copy of The Crown of Gilded Bones below are some links you can use:

← Anticipated Books for April 2021
THe Crown of Gilded Bones by Jennifer L. Armentrout →

One Comment on “The Crown of Gilded Bones Book Review”