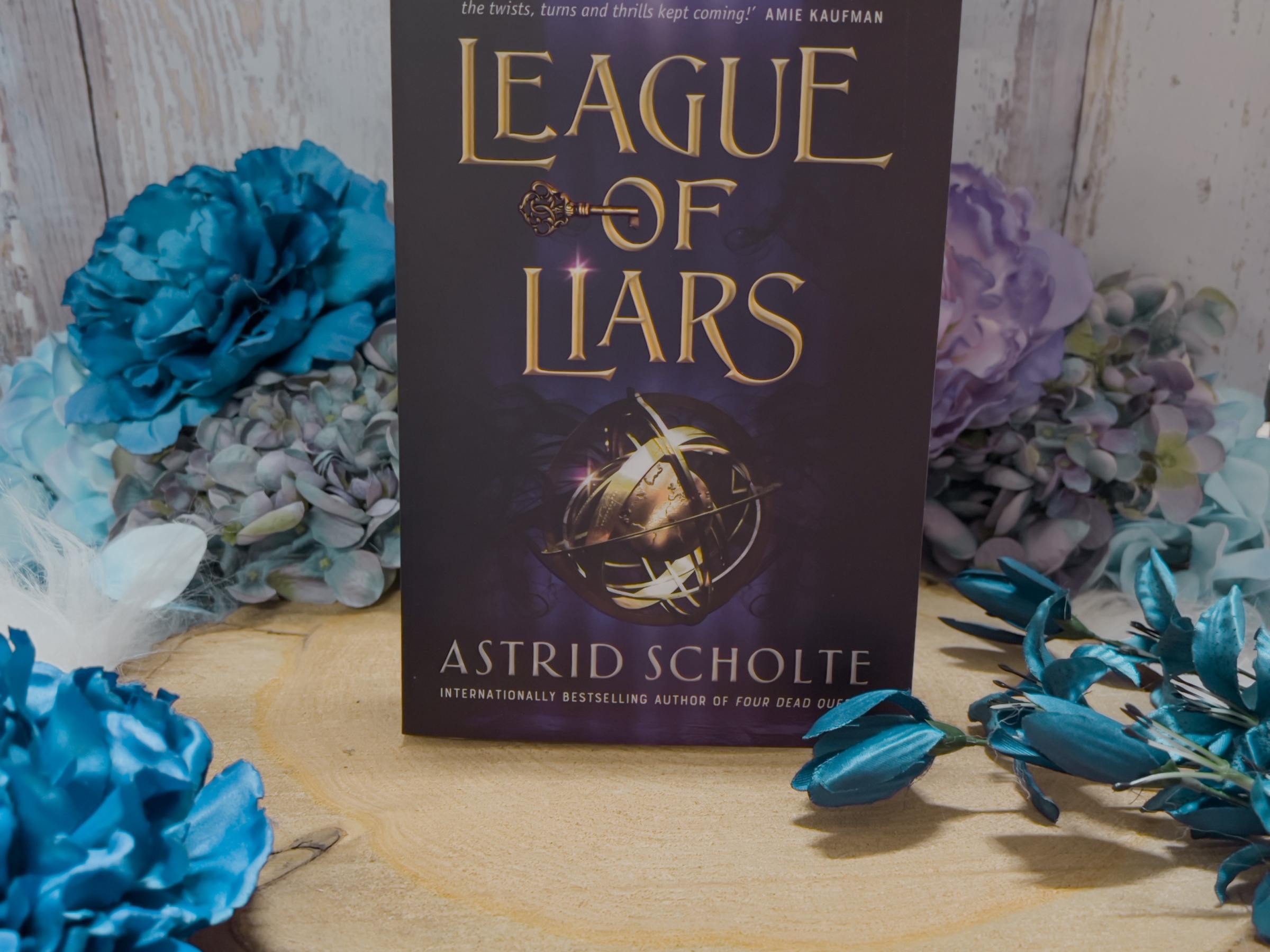 League of Liars is written by Astrid Scholte. It is a mystery thriller which was one of my anticipated reads.

Ever since his mother was killed, seventeen-year-old Cayder Broduck has had one goal–to see illegal users of magic brought to justice. People who carelessly use extradimensional magic for their own self-interest, without a care to the damage it does to society or those around them, deserve to be punished as far as Cayder is concerned. Because magic always has a price. So when Cayder lands a once-in-a-lifetime opportunity to apprentice under a premier public defender, he takes it. If he can learn all the tricks of public defense, the better he’ll be able to dismantle defense arguments when he’s a prosecutor. Then he’ll finally be able to make sure justice is served.

But when he meets the three criminals he’s supposed to defend, it no longer seems so black and white. They’re teenagers, like him, and their stories are . . . complicated, like his. Vardean, the prison where Cayder’s new clients are incarcerated, also happens to be at the very heart of the horrible tear in the veil between their world and another dimension–where all magic comes from.

All I can say is wow. I loved this novel. I’ve recently gotten into mystery novels but this is my first thriller and I loved that it had fantasy backdrop.

This an extremely fast paced plot which hooked me from the start with such an interesting group of characters.

I would love for there to be a sequel.